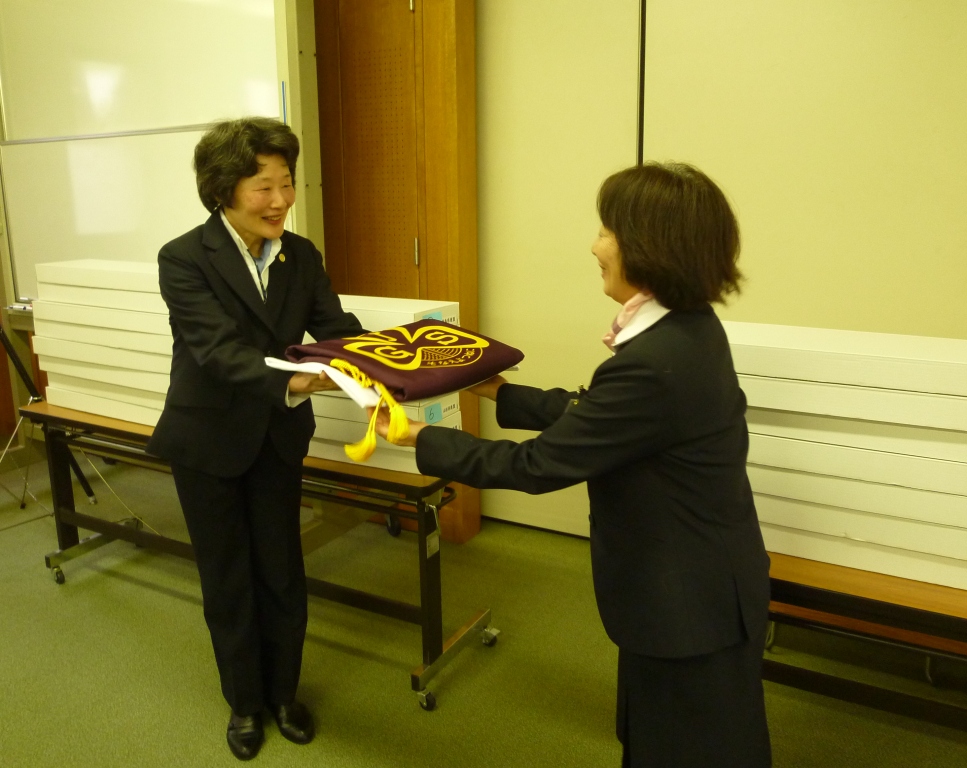 “Girl Scouts of Japan held an ordinary general meeting on 26 February 2012. The priority items were GSJ’s Goals and Strategies (2012-2015) based on WAGGGS new goals and strategies, and next year’s draft project plans and budget based on the goals and strategies, which were all approved.
The fact that the launch of the new Goals and Strategies coincides with our transition to a Public Interest Incorporated Association has major significance for GSJ. Girl Scouts of Japan will become a Public Interest Incorporated Association in April, and at the same time all 47 councils around the country will have new Articles of Incorporation, enhancing their organisations with a new organisational structure and strengthening their promotion of Girl Scouting around the country. To mark this event, GSJ presented each Council Chairman with a new council flag at the general meeting.”