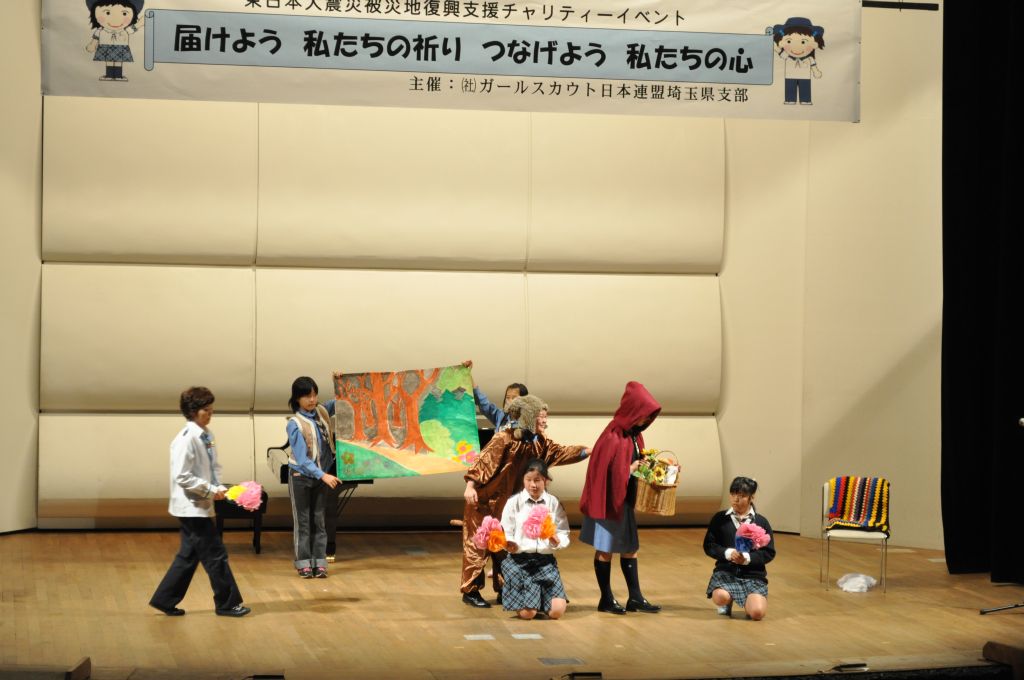 “On 7 January Saitama Council held a “”Charity Event for Reconstruction Support for the Areas Devastated by the Great East Japan Earthquake”” in Saitama Kaikan. The event was attended by 370 members and non-members. Members and OG put on performances on the theme of “”Let’s deliver our prayers; let’s connect our hearts.”” The event closed with everyone singing “”Sekai e””, the Girl Scout theme song written to mark GSJ’s 90th anniversary.
It is one year since the Great East Japan Earthquake struck. All over Japan people were remembering the disaster, and activities to heighten awareness of the need to prepare for future disasters were implemented.
Two entries by Girl Scouts were selected as winners in the 8th competition for “”Exploration for Disaster Prevention”” maps by elementary school students, organised by the General Insurance Association of Japan which recruited entries after the earthquake. Chiba Prefecture Troop 3 looked back on the state of the town immediately after the earthquake, and learning from it, created a disaster prevention map which won the Unesco Joint Event Award.
GSJ is currently moving ahead with membership procedures for next year. As well as continuing to provide support, including grants for membership fees, to enable members in the affected areas to continue their membership, we are moving ahead with plans to support Girl Scout activities in the disaster areas.”