2012年4月1日Interview with WAGGGS and WOSM Directors 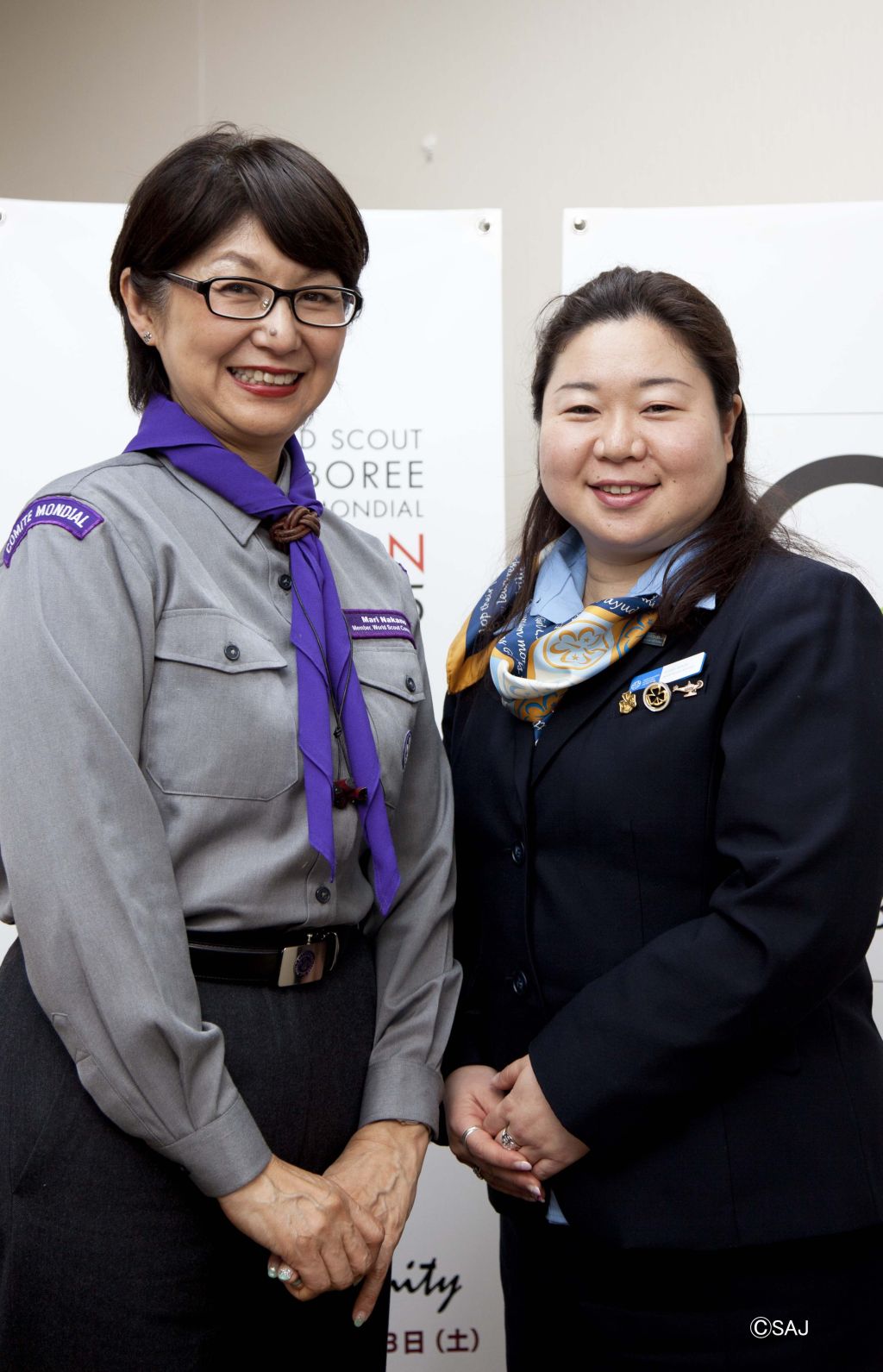 Following the election of world board members from both Girl Scouts of Japan and the Scout Association of Japan in 2011, the interview took place at Scout Kaikan in Tokyo on 21 March. Under the theme of “Japanese who are active on the world stage”, WAGGGS World Board Member Teruko Wada and WOSM World Scout Committee Member Mari Nakano talked about the background to their election, their respective roles in the world organisations, issues facing WAGGGS and WOSM today, youth education in Japan seen from the relationship with the world, the education programme currently promoted by each organisation and how, as women, they balance work, family and volunteer activities. They also described the activities currently promoted by WAGGGS and WOSM, and they confirmed that they share the same goal of cultivating young persons who will contribute to society, and that to achieve this goal, it is important to expand the membership and enhance the quality of the programmes. There are many youth organisations, but the distinctive feature and strength of the two organisations is that they have a common worldwide education programme, enabling each member to feel that they “belong to a global organisation.” Girl Scouts of Japan will host WLDP in 2012 and the AP Conference in 2012, while the Scout Association of Japan will host the Japan Jamboree and APR Scout Jamboree in 2013 and the World Jamboree in 2015. Both organisations will make the most of such opportunities for young persons to gain international experience and hope that it will lead to expansion of the movement.