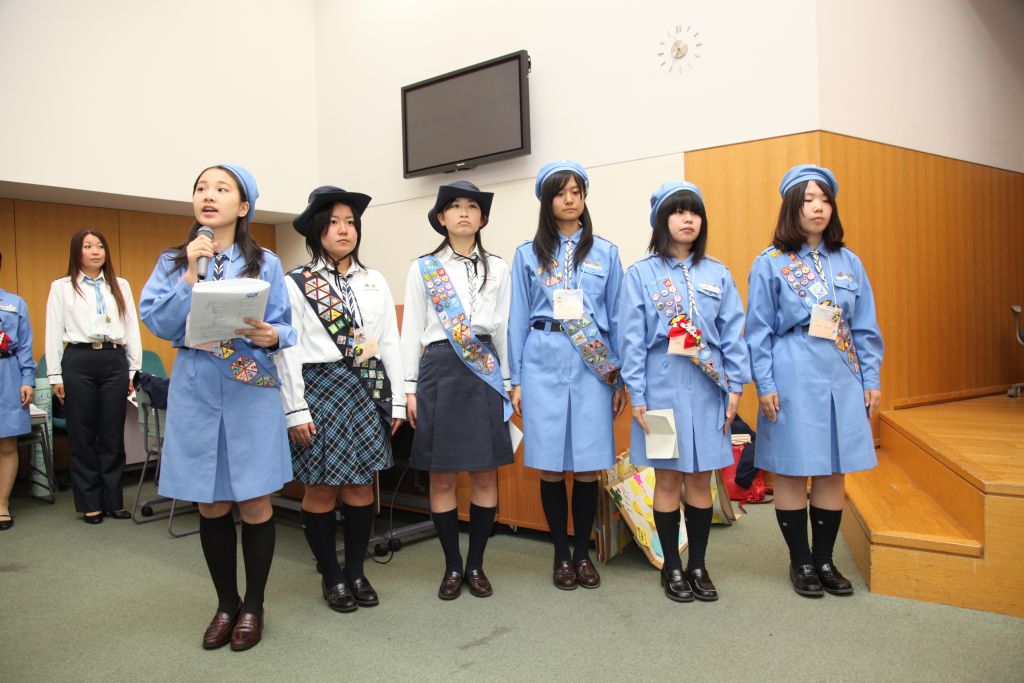 “The National Ranger Girl Scouts Gathering was held at the National Olympics Memorial Youth Center in Tokyo from 23 to 25 December 2011. The objective of the gathering was “”To aim to take concrete action (Say) based on GAC by involving families, schools and communities.”” 115 Ranger Scouts from all over the country participated and addressed the 8 GAT advocacy messages as the themes of the working sessions.
It is difficult to take concrete action. However, the program that was planned acted as a trigger by providing the opportunity to listen to speakers who had actually taken action. One such speaker was Rieko Yamamoto, a trainer, who worked as a Listening Volunteer at a shelter following the Great East Japan Earthquake, even though she herself was also one of the victims. Another was the case of 3 Girl Scouts among the participants who had already taken action. From the talks the participants learned “”what is important for taking action”” and in each motivating power they felt that “”being Girl Scouts leads to us taking action ourselves.””
Then the participants held discussions in the 8 working sessions and presented the results of their discussions in the plenary session at the end of the gathering. One of the participants said, “”Let’s raise the profile of Girl Scouts!”” in order to take action by involving troops and schools (communities). We hope that if they take the outputs of the working sessions back with them and take concrete action, then they will share what they have learned and grow the circle of Girl Scouts all over the country.